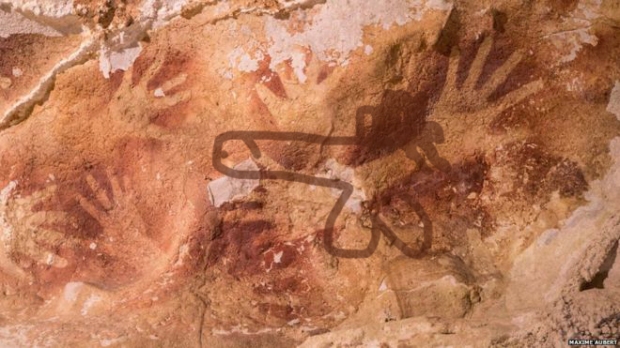 After getting the legally acceptable amount of radiation inside a terror-proof pod, you emerge bleary eyed in the Delta Airlines Terminal of La Guardia in NYC.

Thirsty for an overpriced beer, you notice a long line of novelty draft taps peeking out above the bar at the restaurant to your right. You plop down at the bar, ready to see an overworked and under-enthusiastic human face, but instead are presented with the bright, glassy smile of an iPad. After swiping through categories such as Wines by the Glass and Beer, you arrive on a delicious IPA from Arkansas with hits of floral hops and pork. You tap the button, fumble with your chip-card, and wait.

A human appears, somehow even more lifeless and square-shaped than the iPad. She places your drink before you, avoiding eye contact, and shuffles back into the dark to finish sending that dank snap to Becky.

You take a sip of your beer, lean back, and think for a moment. An entire job, an entire industry, was just leapfrogged by your transaction. Bartender? Waiter? Obsolete. My name is iPad, and I’ll be taking care of you today.

Look around the airport and imagine who’ll be swapped out with an iPad next. That gluten-filled TSA agent with the comfortable shoes? The attentive Bangladeshi Grandma at the Hudson News stand? Your pilot? You?

Forty-one percent of humans used to have one job: food. Grow food. Sell food. Repeat. Then industrialization happened. Machines flooded the field. Prices fell. Farms closed. Food became bad business. So we, as a society, rode our metaphorical donkey into town and got a job making the machines that put us out of work, so that we could put more people out of work.

But machines are complicated, and also dumb. Ever tried to teach a grain thresher how to code? Bad html everywhere. So some farmers learned how these machines were built, and designed new machines. This mechanical pissing contest continued until we designed a machine that could print other machines, and then all the farmers who were building machines to put other farmers out of work were put out of work.

Meanwhile, we were making more machines than ever! Big machines! Green machines! Machines that looked like your dog, or your wife, or Captain Picard. But no-one had a job anymore, so they couldn’t afford to buy all these machines that were coming out, faster and bigger and more expensive than ever before.

This is the future some predict, humanity drowned in a Biblical flood of consumer goods.

But do we need jobs? Before our job was food, what the hell was our job? Eat mammoth? Cower in fear? Craft prehistoric Ugg Boots?

Sure, our wide-browed forefathers gathered food, but most were nomadic. No need to start growing tomatoes here, we’ll just walk until we find more. And so our time was taken up by travel, but once we arrived, what was there to do? Gather wood? Fight? Use gathered wood to fight?

Our ancestors were the first creatures on this earth to be bored. Our stupid brains had grown too large, too complex, slaves to our ever-constant search for food. Similar to how thousands of years later we would produce more machines than we could ever use, our brains were producing more thoughts than we could ever use.

Maybe tomatoes would be around the corner, or maybe more tomatoes could be found in that cave. We gained memories. Remember, Buk-Buk, when we found so many tomatoes we couldn’t eat them all. If it happened once, it can happen again. So our big stupid brains developed abstract thought, because of food, and then once we used our monkey brains to find food, we were stuck with more thoughts then we could possibly use.

Here, I’ll take a stick, and I’ll draw it in the sand. Hmmm, I wonder if I can draw it on the wall so stupid ass Buk-Buk won’t need to be reminded. Nope, wall is way harder than stick. What’s harder than wall? Bone? Hmm, not harder, but it leaves a trail… which I can use to draw a seed! Look! Goddammit Buk-Buk, okay, look, round things make tomatoes. Got it? Yep, here take the bone. You draw the round thing. No. Why are there two. That’s not… wait… goddammit Buk-Buk is that…

And that’s the story of the first dick-pic.

And with that dick-pic emerged a concept more powerful than any previously touched upon by creatures of this earth. Art. A picture whose function was not merely educational. It expressed something, in this case an ancient cave-dong, and it created a response, which could be different depending upon the viewer.

Fast forward to the future. We’re all sitting at home. Truck drivers, waiters, pilots, chefs, all of our jobs have been replaced by machines. We have food. We have novelty hand soaps. And we haven’t been this bored since ancient times, when we’d gathered enough tomatoes for the night and were left alone with our stupid big monkey brains.

What do we do with our thoughts now? With all of our needs met, what is the one aspect of humanity that cannot be manufactured.

That’s right. Art can be reproduced. It can be assembled by a machine, but the ability to combine abstract concepts into actionable plans? That’s humanity’s territory, baby.

And when we’re all sitting on our couches, machines piled around us to satisfy every want, do we really need money anymore? If we live in an automated society where our necessities, including food, are manufactured to abundance, what do we need to buy anymore? Without the need to purchase, to consume, the motivation for accumulating money may fall by the wayside. And what will drive us then?

That is when art will be all that we have left. And we’ll turn to those who have arted to lead us, to show us how to organize all of our chaotic brain electricity into painting happy trees or crafting wizards out of pewter.

The circle will be complete. Our bulging brains, in search of food, instead found art. Art matured into philosophy, and then fermented into science. Science then, with logical and cold efficiency, created machines, which in turn created other machines, which eventually solved the original problem of food that gave birth to art in the first place. Thus did art both shackle us to science for progresses sake, and then eventually release us once the line was crossed into a fully mechanical society. And who is waiting for us on the other side, now that we finally have all the time in the world freed up for abstract thought? Art.

But will we do it to ourselves again? Will we stand-up from the couch, scream “I finally have the time,” and then collectively out-art-ourselves until there is no art left, no concept left unexplored, no picture unpainted, no dick left un-pic?

Or will be discover that there is no bottom to art? That being human means more than obtaining food and work.

That art is really what made us special all along.

← Free Wine Blog VII: It’s In The Can
Top 5 Jobs That Should Be Replaced By Robots →