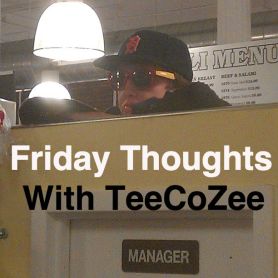 Good Moleman. I’d like to request 17 dollars for a push broom rebristling. Oh no. My brains. It’s Friday, February 12, Two Thousand and Sixteen. The weather in Brooklyn is 30˚ & Pantone 2915C and somewhere, somebody is baking a fresh batch of Cinnamon Rolls. She goes to put the cinnamon away. To her horror, it’s actually Cardamom. A nightmare come true. Her daughter was worried that she wouldn’t have anything to bring to her class. After all, she only gets this one opportunity to show her classmates that her Mom can bake, as if that really mattered. Mom assured that she can bake “with her eyes closed” and to prove a point, she did. She’s going to be the laughing stock of The Mom Club. They’ll call her Cardamom, which is a very literal and effective pun. But she guesses it’s not as bad as Slutface and Thundersnatch, which were already doled out to other Moms. She really needs to make new friends. She needs to come up with some baked goods for her daughters class. She does what any responsible Mother would do. She goes to the grocery store and buys some Entenmann’s® products. That’s Entenmann’s®: The One With The Display At The End Of The Aisle™. Can you pay me now? I have some things on my mind…

– I was at the deli last week and there was a newspaper headline that said, “Terror From 14,000 Feet: Man Ejected From Airplane”. A lady read this headline out loud and asked me, “Do you think he died?”
“Oh, he definitely died”
“Because there’s no oxygen up there, right?”
“No, there’s oxygen…”
“So how did you know he died? You read the article already?”
“I did. He had just missed the pillow factory”

– I’ve been writing these thoughts for well over 2 years now, which is way too long. I told myself in the beginning that if nobody ever reads it, I’ll at least have a bunch of material to start a failed career in Stand-Up Comedy. After drunkenly shitting the bed a couple of summers ago, I went back on stage last week. And people actually laughed at me? Kind of? It was an awkward scenario because the room was only 15 people deep and they were all performing as well. And it’s really hard to make a room of comedians laugh, because they’re stuck in their own head. There were countless times when I knew the guy said something funny, my brain perceived it as funny, I grinned to show that it was funny, but didn’t laugh. And other people were doing it, too. It’s that phenomenon where you watch something comedic alone, you might not laugh because there’s nobody to laugh with. You recognize it as funny, but you don’t want to expend the energy or gusto. This was occurring frequently and we were all guilty of it. So I did something that saved my ass: I told them straight-up that it was my second time. And that served as a reminder that, yeah, I’m trying, for the love of god, just try to support me. And because of that, I actually got a lot of laughs. It wasn’t my jokes that were doing it, it was the fact that I needed them in order to not give up completely. So I guess I’m going to keep doing it every week until I get sick of it. After all, I do have years of pre-written material to work from and tweak.

With that said, every week I am going to re-post one of my Greatest Hits and then attempt to morph it into a stand-up bit for next Wednesday. This one was from March 7, 2014:

– The Top 3 Phrases I Said On OKCupid Last Week That Didn’t Elicit A Response:

3) Nature is dumb. Who needs it when we have all of these great buildings?!? They’re man-made, yo.
2) I think I’m afraid of dogs. Wait, no I’m not. Or maybe I am. I still haven’t decided whether or not I’m afraid of dogs. Deal with it.
1) Would you like to get a drink or a Four-Loko in the 7-11 parking lot while we quiz gas pumpers about Zack Wheeler’s stats with the fake prospect of potential fabulous prizes [including, but not limited to: Speedboats, Weekend Getaways, Lifetime Supplies of Gatorade®, Sportscars, A Mystery Box] sometime?

– I went to Super Funky Food Town Fresh Grocery Corp today, because nobody else sold dryer sheets. I went to grab a day-old muffin out of the day-old muffin case and the worker was extremely offended that I didn’t use wax paper to grab it. I’m sorry, but we’re not talking about bagels or rolls that are stacked on top of each other, these are evenly laid-out muffins that have distinct seperation from their muffinly comrades. I assured him that I trust my hand aim, but he wouldn’t buy it. I grabbed some other things and went to the checkout. Lo and behold, the muffin man sees me and whispers to the cashier. It was time for his revenge. I had six items. She gave me six bags. On top of that, she took the wax bag that the muffin was in, put it inside a plastic bag and then inside another plastic bag. I wasn’t going to let him win. I de-bagged everything and shoved the items into my coat pockets. As I walked away, I came to a horrid realization. What would he had said to the cashier that made her play along with his sick scheme? I’m not sure what he said, but I guaran-damn-tee you that he thinks I’m a good-for-nothing paper-saving Hippy. I AM NOT NO STUPID HIPPY! I DON’T CARE ABOUT THE ENVIRONMENT, I JUST DON’T LIKE UNNECESSARY THINGS AND I’M TOO LAZY TO BEND DOWN TO GRAB WAX PAPER AND THEN FIND A PLACE TO THROW AWAY SAID WAX PAPER! There are two facts that are sad as hell:

1) He is now in my head and I will never get payback because that will only show that he’s in my head.
2) New Yorkers have such terrible disregard when it comes to plastic bags that they will not think twice to waste 8 of them just to make a stranger feel weird about his life choices.

– In speaking of bags and dirty hippies, I’ve been using the same laundry bag for a while. In fact, it’s been 10 and a half years. It’s the only laundry bag I’ve ever owned. It’s had a giant hole in the bottom since 2011 and if I sling it behind my back, socks will fall out. The fabric around the rope is coming detached and I use it inside out just so people won’t know that it was from the dorm-warming package at GVSU. All these years, I’ve been reluctant to buy a new one. It’s just a stupid bag that clothes go in. I’m not gonna spend money on that. First it’s laundry bags, then I’ll start wasting money on AAA batteries. Why spend money when I can keep switching batteries from remote to remote?!? And then what, a friggin wastebasket for my room?!? That’s what my dresser top is for! But then I went to the store to buy a wastebasket & AAA batteries and saw that laundry bags only cost $1.50. Why have I been using a broken bag all of these years?!? Why didn’t anybody tell me how cheap they were?!? Why?!?

– I went to take my clothes out of the dryer and this drunk [at 11am] guy came in and started yelling at the laundry boy for playing [Asian] soap operas on the TV. He said, “You’re killing me! Nobody wants to watch that shit!”. He took the remote and changed it to Rachel Ray. He watched it for 5 seconds and then left. I then realized that the laundry boy wasn’t even awake for the exchange. I really need to find a new laundromat.

– This week’s edition of Ad Nauseous is brought to you by Candy Crush Jelly Saga For PC CD-ROM.

Wait, I’m a New Yorker! This ad really speaks to me! And it makes a reference to “Bootylicious”, that new chart-topping hit from Destiny’s Child! How cute and clever! But wait, what the hell is this? Am I supposed to know what Candy Crush is? It looks like a video game, but what system is it on? It says I can download it for free on the “App Store”, “Google Play” or “Windows 10”. The App Store must be for those Macintosh computers. Maybe for that new thing? The iPod? But I didn’t think the iPod looked like that. Is that a touch screen? Weird. No wonder it’s so damn expensive. How the hell can you play a video game with no buttons? Google Play? Did Google make a video game console that I’m supposed to know about? Poor bastards. They’re trying so hard to be better than Yahoo. I kind of feel bad for them. And wait, Windows 10?!? But XP JUST came out! WE HAVE TO BUY A NEW GODDAMNED WINDOWS?!?!? This ad is confusing as hell. Who is that pansexual gelatinous creature? Is that the main character of the game? I see it has a face, but where are the rest of the appendages? I kind of see bewbs, but, uhh…I just don’t get it. Nothing in this ad makes sense. Screw it, Imma go watch a DVD.

– I hate static electricity because it always reminds me how many metal things exist.

Try this trick over the weekend: Do your laundry without getting static shocked.

Have a shocking weekend, everyone!