I’d Rather Not Be In Chicago [Friday Thoughts With TeeCoZee] 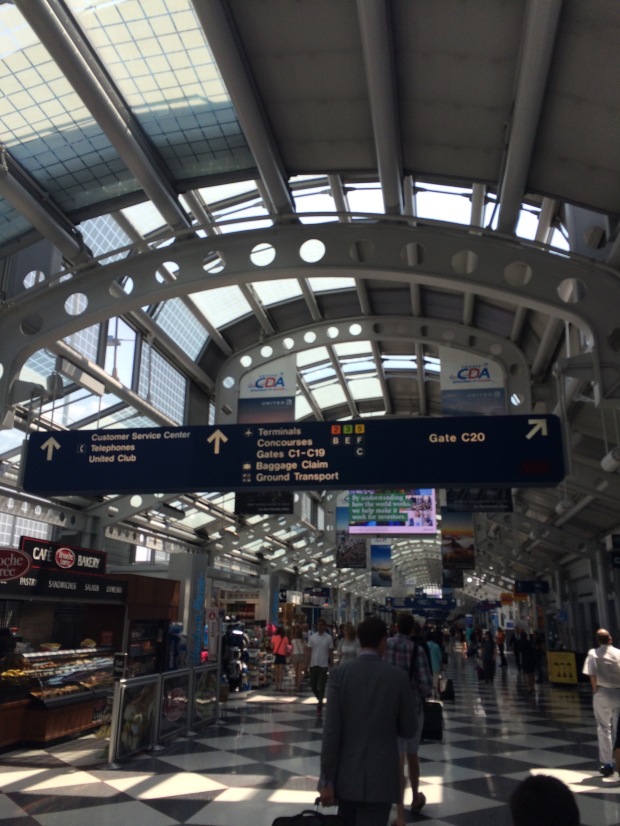 Good afternoon or evening or morning or whatever. It’s Friday, July 10, Two Thousand and Fifteen. The weather in Chicago is nobody cares and bluh and somewhere, somebody is in a building. The building has 4+ walls, some windows and a door or 6. This building is not in Chicago and the person is very happy about that. But not me, I’m in goddamned Chicago and I have a few things on my mind.

– I would say that I have 30 minutes to write this, but then I decided against the Boingo free trial on the account of my lucid fear of Scientology. But I probably have 30 minutes before I get to leave this dumb city, so I have to finish while I’m still flustered.

To Get A Few Things Straight:

1) I really hate Chicago
2) I have not given Chicago “a chance” because I can never get over how much I hate the airport
3) I once left the airport, two hours before my connecting flight, to have a cigarette. After being outside for 5 minutes, I went back in and waited at security for an hour and a half. Because TSA workers from Chicago have no idea what to do when a flyer is wearing a Burka. I get to my gate, only to have the same guy that directed me to the exit tell me that I can’t get on the plane that is still sitting there and continues to sit there for 20 minutes with its doors closed, taunting me, calling me names, burying my face in the mud, violating a person who it thinks is my mother but is actually my mentor, pouring sugar in my gas tank, making all of my dreams disappear, ruining my Christmas, initiating awkward phone calls, dot, dot, dot, GET ME THE FUCK OUT OF CHICAGO.
4) I am typing furiously with 2 fingers, just so I can let others know that I’m really annoyed about being here.
5) I really hate Chicago.

– I am so goddamned hungry. At LaGuardia, I got a bagel and a coffee for $3.50. I come here, and price this shit out:

And good luck getting that Mountain Dew. Because Pepsi is losing the soda war of the airport. You’d think that chain companies like Hudson News wouldn’t have brand loyalty, but no, they’re all a bunch of Coke whores. I wandered around terminal C for 2 loops before I found a stand that was ballsy enough to sell Pepsi products. The fact that in the most expensive city in the world, I can still get a $2 bagel AT THE AIRPORT should make Chicago ashamed of itself. I’m sending Jay Cutler to bed without dinner.

– There’s an old guy sitting across from me. We have the same turquoise jacket. I know it’s the same, because it was made in Grand Rapids. I would point this out to him, but I’m not wearing the jacket because it’s summer and who in the hell wears jackets. He’s also wearing a Meijers polo underneath. I am home. Wait, no I’m not. I’m coming home.

– I shelled out $5.95 on in-flight DirecTV. Not because I couldn’t go for 2 hours without a TV in my face, but because I was sitting next to an old Jehovah’s Witness couple that immediately tried chatting me up about going home. I took refuge in MLB Network while they went through pamphlets, highlighting carefully how to talk to young adults that are travelling home. I shit you not. They were researching how to convert dudes like me in transit. If I wasn’t so creeped out, I would’ve took it as far as I could, just to humor myself. But that’s a slippery slope. They’re just too fucking friendly. They’ll never leave your sight. That’s why I hate Chicago: Jehovah’s Witnesses travel to there. But at least I got to watch Roger Clemens strike out 20 dudes. That was dope. I guess.

– I just saw a guy that looked like Spike Lee. He got the full profile and was wearing a bunch of expensive-looking Brooklyn garb. But I could tell it wasn’t him because he was acting like a calm, rational human being. Dead giveaway.

– One observation I made at LaGuardia: There are no people my age there. Airports always seem to be packed with teenagers and old folks. I saw one person my age. Then I realized that the chick looked mad familiar. Then I remembered it was the Librarian that I had a crush on a few years ago. She was married then. She’s apparently not now. But of course, I didn’t talk to her and when we finally did lock eyes, there was no recognition. I may be able to go on vacation, but I can never vacation from myself.

– Even the bars in this terminal are overly small and packed to the gills with douchey twatbros. Not that I want to drink [because I’m an automobile car driver renter person. BOOM.], but if I did, it would be standing room only. There’s seriously people standing around, alone, talking to nobody, sipping on $20 Franzia and not looking at the TV because there is no fucking TV. Chicago sucks. If you don’t believe me now, you must be from Chicago.

– The food court is called The Jazz Food Court. There was no music playing allowed.

– The only thing I like about Chicago is the pizza. There is no Chicago Style Pizza in the airport. I can get personal pan pizzas that would make any frozen pizza have self-esteem, but no deep dish. Fuck Chicago.

– I need to get these words out there as quick as possible. I submit to the Scientologists. GIVE ME 30 FREE MINUTES OF WIFI, ALMIGHTY BOINGO!

– Try this trick over the weekend: Don’t go to Chicago.

Have a Chicago Weekend, everybody. Wait. Don’t.