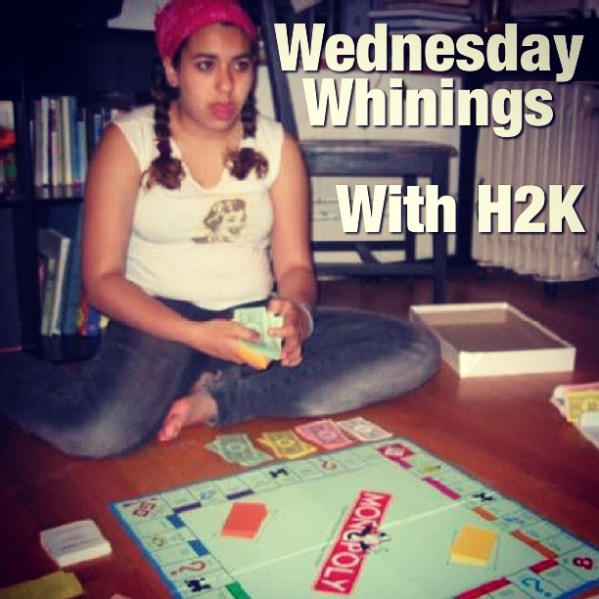 Is it Wednesday again? It is, motha fucka! Did you have a good week so far? Tell the screen… tell the screen!

I spent the last week in San Francisco, which always reminds me of Sisqo, which reminds me that I need to clean my thongs… if only they weren’t scattered in different men’s apartments around the bay area.

San Francisco is an artisanal, local, pastel colored see-saw blowing in the wind; no one knows where it came from or where it’s going, but if you ride it long enough you’ll end up wearing khaki shorts and singing the theme song to Full House. Fact.

1. Nature is everywhere/so many women with unshaven legs – power to you, sister!

7. There’s a McDonalds on Fillmore that apparently has seen some shit.

8. There’s also a Wendy’s and a Popeyes that has seen some shit, they are in group therapy together.

10. Homeless Chic is also a thing… dog accessory not included

In other news I really want to start dating an older, short, kind of chubby, professional man with amazing arm hair and a gold watch (I don’t know if he actually has a gold watch, but in my fantasy he does). There is something I find really sexy about this guy… maybe it’s because he reminds me of my dad’s lawyer, or like a professor, or someone authoritative. I just really want to get in trouble and have the punishment to be sex. I hope he doesn’t read this, but if he does… I bet you think this blog is about you… it is… sorry…

Anyway, I don’t know how to approach this because it’s probably wrong and I shouldn’t engage in all my older men daddy issues, but I just want to run my fingers through his sexy back/shoulder hair. Is that a thing? I hope he writes me a ticket or something.

So I have a new theory about where the world is going. Or rather, it’s an idea about a best case scenario turned horribly wrong. I call it the Happypocalypse. What happens if all the humanizers (humanists?) get their way and everyone actually gets out of poverty, has access to healthcare, tolerates each other’s differences, is allowed to love all people and objects, has food and shelter, and is generally fucking happy all around. What will the world look like? Well, happy people make happy babies, and if everyone was happy we’d have like WAY TOO MANY BABIES. So now the world will be over populated (which it already is). Eventually, you’ll have to find a “tribe” and ride a google bus together everywhere because there will be no space for personal cars anymore. And you’ll be okay with that because its fucking happy land and everyone is so goddamn happy. And where everyone is happy, no one is complaining… so there will be no satire, no comedy, no general dismay. There will be no Jews. Oh hey… anti-semites, I just figured your shit out.

What would happen if your best friend was a vampire and didn’t know it? You would get older and older and they would just say young and sexy forever. At what point would you be like… hey Carl? what’s going on with you? I’m pooping out of a tube and you just had sex with a 23 year old… what’s your secret? And of course they don’t know, they’re just living life as a never aging being. It would be really weird.

REASONS HAIRY MEN RULE
1. Cornrows… everywhere
2. Something to suck up the sweat when you’re riding them like a San Francisco see-saw
3. It’s like having a puppy and not being ashamed of letting it lick your vag
4. You can shave funny messages on them, Memento style.
5. They don’t care about my happy trail, not even the butt one.

Ice coffee makes me feel like a cool suburban mom who has a million things to do and no one to do them with.

So first off, I like that you’re 6’2 because I’m 5’2 and 12 inches between us is the perfect amount. Where’s the smile?! I like that you spread messages in your tinder pictures. I think dying young + saving myself are really important mantras. You remind me of a cuter Jesus, I’m digging that blue halo on your head. I also like the blue dot above the Y… did you do that? Or was it there? Either way, I feel like you’re trying to understand women… because we have a red dot, and you’re about the blue dot… do you get blue balls a lot? Your gloves are amazing, I like that you’re prepared for types of weather and also for extreme hand jobs. I think you’d take me to a sexy bright eyes concert and then to a dungeon/bar. You’d order a pina colada, which would surprise me, but also turn me on. Definitely swiping right into your gothic paradise.

Well thats all I can handle…

Until next time, or until your deodorant wears out.