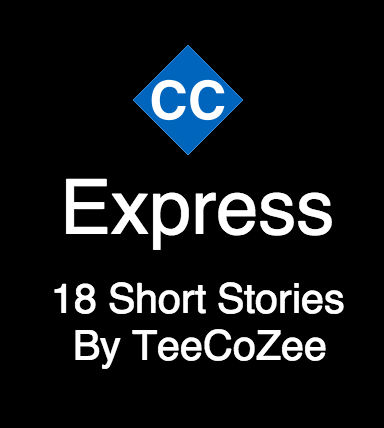 What follows is a preview of sorts to a project that I’m working on. It’s a collection of short stories [tentatively] titled “The CC Express”, with every story revolving around/including a subway stop on the 8th Ave/Fulton Express Line. In other words, it’s the fictionalization of a subway map. I will be posting these stories periodically throughout the rest of the year. Constructive feedback is always encouraged and can be sent to troyturnwald@gmail.com. And for the record, most of the stories will not be about trains or girls. This one just happens to be. I am not a one-trick pony, there’s just one trick I like doing the most. Enjoy.

Alright, now gather around, kids. Pay attention. This could be important. Nay, it IS important. This is the slice of life you were waiting for. This is why you’re here in the first place. If you don’t cling to my every word, they will all evaporate in an instant and you’ll be lost, wondering for the rest of your days what happened in my story and why you just can’t seem to fall asleep on the 10th of every month or make perfect waffles. The very fabric that your life is sewn from could rip to pieces if you miss this moment. So open your ears.

Now, what we have here is a common scenario in an even more common place: An R-42 C train barreling up through Manhattan. It comes every 11 minutes and each experience is strikingly similar to the last. Up above, the blazing sun clings on to dear life in the fading September sky. Down below, night has already arrived and the tunnels have gone into a post-rush hour slumber. The air conditioning unit on car #8400 sputters a last breath. It will soon be too hot for comfort in this train car, making it unbearable for any passengers. That is, with exception of 2 fine young specimens that will play as our protagonists.

On one side, we have our average male protagonist. 23 years young, with a tendency to stare off into space during conversations and forget about brushing his teeth. He’s spent the last 3 months pondering whether or not to grow a beard. Habitually leaves the kitchen light on at night to fend off burglars. Stagnantly single, as he doesn’t know what would actually make him happy, nor does he know what people speak of when they say “happiness” or “insidious”.

Right across from him, we have our average female protagonist. 24 years old, with a tendency to make un-funny puns about food and floss until her gums bleed. She’s spent the last 3 months pondering which deodorant best represents her lifestyle. Habitually sleeps with the TV on to fend off bad dreams. Chronically in and out of relationships, as she can’t seem to find anyone that could make her happy, nor does she know what people speak of when they say “status quo” or “malevolent”.

Although they sit across from each other, it takes precisely 4 1/2 stops from them to notice this fact is true.

And when they do notice each other, not much happens.

Or at least it seems that way, to those not paying attention.

And because of the fact that no one else is on the train, no attention is paid two our 2 protagonists.

You would assume that the first thing to cross his mind would be something along the lines of, “Wow, she’s gorgeous”, “Gee-willikers” or “I should say something to her”. On the contrary, he pays no mind to the girl in front of him. His actual thought is “Fuck, my lips are chapped”, which occurs to him frequently when he leaves his Chapstick at home, which is frequent.

Inversely, she thinks to herself, “Hey look, a dude. Fuck, I shouldn’t have drank that Diet Coke. I’m going to be up all night”, which occurs to her frequently when she sees a dude and drinks a cola after 4PM, which is frequent.

To combat their respective plights, he licks his lips while she feigns a yawn. They catch each other doing this and smirk awkwardly, as human beings are ought to do, which is quickly followed by the signature eye dart, to confirm in their own minds that they convinced one another that what just happened didn’t happen and there’s nothing to see here and so on and so forth. An act so common that even I, your narrator, am becoming weary.

Some time after a group of tourists watch the train roll up and collectively deduce, “fuck that”, our protagonists start to wander their eyes and share mutually similar thoughts.

“I kinda like her hair. I have no idea what that color is.”

“I kinda like his scruff. I have no idea what you would label that amount of bristle”

“Is it chestnut? Auburn?”

“I wonder what that looks like in a bun”

“I wonder how that would feel against my face”

…And those thoughts trigger a mysterious, mind-bending force that scientists, psychologists and astronauts alike call “an attraction”. Boom. You would think the rest would be simple. He probably goes over to her and starts a conversation. He gets her number, they meet up in 6 days, date for a while, hate the crap out of their parents and they break up some time around Christmas. No, it doesn’t happen that way. Life isn’t that simple. For you see, not only are the protagonists painfully indecisive, but they are both listening to a really good cassette.

And so begins the game that they are both really well-versed in: Eye Tag.

The goal of Eye Tag is to stare at a person as long as you can without getting caught. Once the brief eye contact is initiated, the seen becomes the seer. There is no winners in this game. Or maybe everybody wins. It depends on the circumstance. The male is exceptionally good at this game, as he can easily trick the other participant into thinking that he is not looking at the person, but rather, through the person. One would assess this this charade is “cute” or “endearing” and just might go as far as to break the silence and urge them to talk, but the C train has now become the C Sauna. In fact, even I’m wondering why they won’t move to a different car. It has to be at least 92˚ in there. It just goes to show how dedicated they are to their silly little game.

In the end, this goes on for 122 minutes, which is probably not an exaggeration. The male first misses his stop while admiring her earlobe and how perfectly it sits nestled in her hair. She misses her stop while drooling over his calves. They are both unaware that they missed their respective stops, which is actually the same stop.

So the train continues sling-shot through Manhattan, the Bronx, Manhattan, Brooklyn and back to Manhattan. From the slums of Euclid Ave to the hustle and bustle of Broadway-Nassau, our heroes pay no mind to the duties they had to attend to and what they might be missing above ground. Instead, they do nothing but admire and make up grandiose plans for the future with each other, rarely making a sound or sustaining eye contact.

Shortly after the second loop around the line, the female’s friend angrily storms away from the entrance of CBGB’s while the tickets in our male’s pocket have decreased in value. Their Walkmen had been out of battery power for quite a while now, but they still keep nodding their heads and tapping their feet. Making the movement to take off headphones let down all guards. Everything must remain the same. And oh, are they sweating! In fact, the male’s T-Shit has already been deemed transparent. They find no reason to leave. Being melted to the seat is the only place that makes sense to them.

Something so big, confusing and improbable that it completely changes their outlook on life.

At 145th St, a man enters the car. He is sporting a Yankees cap and matching jersey. Drunk off overpriced Budweisers and unbridled fandom, he pays our heroes no mind. In his hands are two balloons. Out of sheer passion and vanity, he presses the balloons together and proceeds to hump them as if they were human buttocks. He gets really into it. At first he’s making sweet love to them and he quickly turns it into an animalistic endeavor. And he moans. Oh lord, does he moan! He spanks, he grunts he moans some more!

The train doesn’t even leave the station before he’s shanghaied by a group of cops. Steam releases from Car #8400 with a big sigh. It’s going to take a while before they start moving again. Our two protagonists rub their eyes, stretch a little bit and limp their numb legs out of the train. And finally, they sustain eye contact for more than 2 seconds. They do it for about 10 seconds this time and then burst into laughter. They stand there for a while, staring and laughing like a couple of idiots, as puddles of perspiration form on the grimy platform floor. When it’s all said and done, it took 191 minutes for them to meet. But when they did, a bond was formed that was more memorable than any Pennant Race.

And that’s the story of how your parents met.

← Phantom Songs: Roxette – “The Look”
The Top 5 Reasons Why I’m Not Ready For Football →