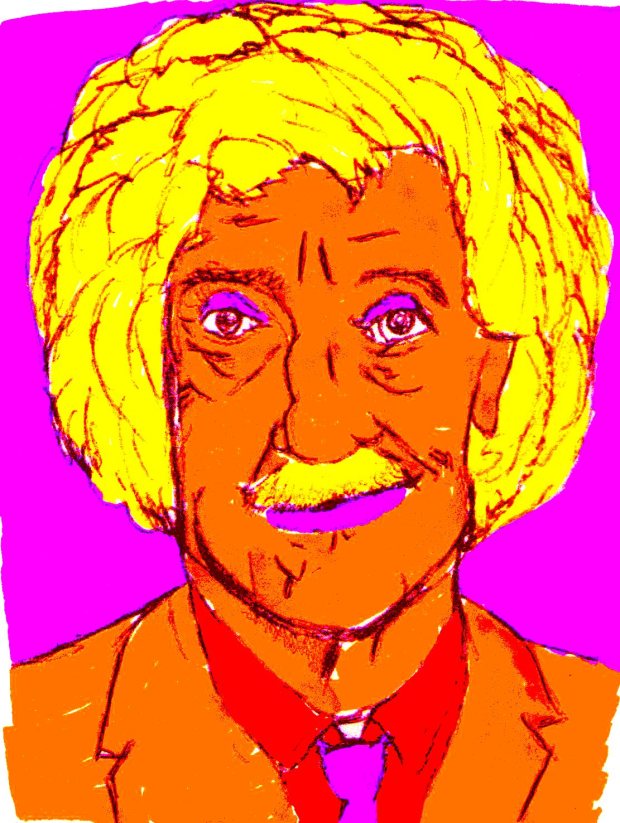 In the following series of articles, I will rank all 14 of Kurt Vonnegut’s novel from bottom to top.

In this, part 2 , I will review #11, HOCUS POCUS, on my way to the #1 Kurt Vonnegut novel of all time (according to this author)

So, without further ado… 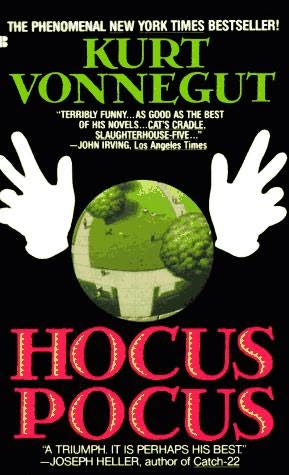 Vonneguts’ second-to-last book finishes well ahead of Timequake but, once again, it feels like we’re treading through familiar territory.

The book is told in a 1st person flashback by an incarcerated man in “the golden years of his life” named Eugene Debs Hartke. Eugene is a Vietnam vet turned professor at a fictional college, Tarkington, that has now been transformed into a prison (see the parallels there? see it! see it!)

Foreshadowing  and a murky, apocalyptic scenario are once again big factors in this book. Many illusions are made to an appending apocalypse, but in the overall plot of the book the world never quite gets a chance to end.

The main “action” in Hocus Pocusis prison break that occurs across the river from Tarkington college in Athena, NY. Most of Eugene’s flashback narrative is centered around what happens before, during and after this jailbreak occurs.

Vonnegut, always a historian, describes the history of Tarkington College as a product of various well-to-do but dyslexic families pooling together their money to create an institution that is centered around supplying the children of these family’s with a bogus, throw-away Associates Degree in the Arts and Sciences.

At least I have a throw-away Bachelors degree in the Arts and Sciences, I tell myself.

Hocus Pocus also goes into great detail as to how the main character, Eugene, goes from his humble beginnings as the son of a chemist in Midland City (the same Midland city at the center of the action in Breakfast of Champions, God Bless You Mr. Rosewater and Deadeye Dick)

The Vonnegutian time line gets a bit murky here, considering that Midland City was supposedly destroyed by a Neutron Bomb at the end of Deadeye Dick, but I suppose it’s Vonnegut’s world and he can do with it what he will.

The most satisfying aspect of Hocus Pocus is that Vonnegut takes time to stop and develop characters in the midst of all the foreshadowing concerning the prison break in Athena.

Alton Darwin – Charismatic, black leader of the prison break in Athena who was the head of a prosperous drug ring before being locked up. His last words are an illusion to a story he tells Eugene about what white spectators used to say when his Grandfather flew an airplane during air shows way-back-when.

(this author cringes as he writes these words, thinking of all the mis-guided google searches that will now bring racists across the country to BFD)

Hiroshi Matsumoto – The Japanese warden of the prison in Athena, Hiroshi was a childhood survivor of the atomic bomb that destoryed Hiroshima. Hiroshi is the sum of a prevalent theme in Hocus Pocus and many books and movies produced in the late 80’s and early 90’s, mainly that the Japanese will soon own every single thing in the United States.

But the most interesting thing in Hocus Pocus is…. MATH!

That’s right, folks, this book ends with a math equation. Eugene is preoccupied throughout the book with tallying how many women he’s slept with throughout his life and how many confirmed kills he had in Vietnam, discovering in the process that the number is exactly the same.

To discover this number, Eugene gives the reader an equation at the end of the book.

The equation leads the reader on a literary maze back through the text of Hocus Pocus to find the answer.

And the equation is:

The year that Eugene’s grandfather died

The year of Hitler’s birth

The genstation period of an opossum

The square root of 4

The greatest number of children known to have come from the womb of just 1 woman.

Hocus Pocus is good, but not great. It is an OK place to start for any first time Vonnegut reader, but it’s really only a must-read for those seeking Vonnegut completeness. 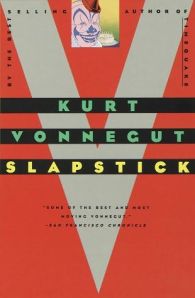 One thought on “The Complete Works of Kurt Vonnegut Part 2: Hocus Pocus”