At the Heart of Financial Reform

It is easy to get heated over today’s politics in D.C.  For some time I believed it was partisan politics that hindered the great process that is our democracy.  Its mind-numbing to follow Republicans bank on mere sound bytes while Democrats try to publicly entrap their political rivals.  Remember that illustration of the tigers running circles after one another, chomping down on the tail in front of them??  Still, this sort of party banter goes back to Nixon days, over three decades ago.  We ought to accept, by now, that political civility died long ago. 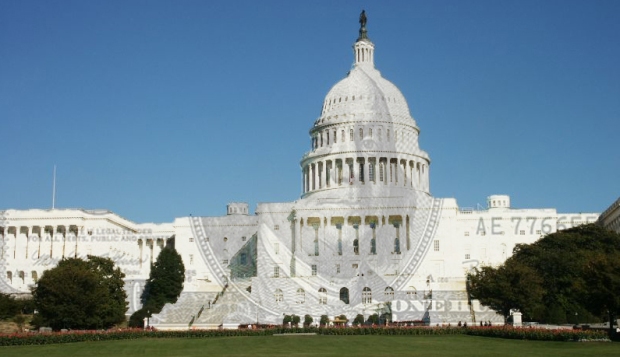 Then there is talk of financial reform.  And while reading on the matter, I am immediately reminded of what truly ails the United States and its leaders.  Money.  Say it with me everyone!  M-o-n-e-y!  As you well know, the Obama administration has been pushing for a financial reform bill.  They have already passed the single greatest piece of legislature for U.S. healthcare in 70 years, resuscitated the economy after it fell into recession, and is still conducting two wars overseas (lest we forget).  The financial reform bill doesn’t quite have the limelight that the healthcare bill received months ago, but the work put into it signifies an important, if not, rare thing in Washington.  Both Democrats and Republicans have allowed this bill a chance.  Furthermore, it is a bill reprimanding the very businesses and corporations that have been stuffing congressional pockets with… hm?  You guessed it!  Money.

Bipartisanship?  Really?  Naw, let’s not kid ourselves.  The bill as it currently stands in the Senate only has the support of four Republicans.  Moreover, Republicans continually stalled necessary floor debate on the bill late in April, despite fiercely admonishing Wall Street executives at congressional hearings the week before.  Upon realizing the obvious contradiction they finally allowed floor debate to begin.  And Democrats, for their part, have been using “Main Street vs Wall Street” as a platform for financial reform since the recession hit, pitting themselves squarely against conservative ideology.  We’re hardly close to breaking the partisan stalemate in D.C.

And despite the cat getting so fat, Congressional leaders are passing financial reform legislation in response to nationwide outrage toward Wall Street and big corporation influence and negligence.  Wall Street lobbyists are fighting back, of course.  Advantageous to both sides for many years, the relationship between corporate lobbyists and Washington, “…is now being tested in ways rarely seen, as the nation’s major financial firms seek to call in their political chits to stem regulatory changes they believe will hurt their business” (Wyatt and Lichtblau, New York Times).

Major political obstacles are still afoot, however, which will ultimately benefit major financial firms.  Senator Sam Brownback (R-Kansas) put forth a measure to exempt auto dealers from oversight by the new consumer financial protection bureau.  Senators Jeff Merkley (D-Oregon) and Carl Levin (D-Michigan) also put forth a measure to ban banks from making risky investments with their own capital, or proprietary trading.  The two measures were linked in an attempt to appease both red and blue sides of the aisle.  Accept both or none at all.  While Senator Christopher Dodd (D-Connecticut), chief engineer of the financial reform bill, and others support the Levin-Merkley measure, they do not support Brownback’s measure.  Both measures were dropped.  However, a bitter deal was made with Republicans to consider Brownback’s measure for auto maker exemption during an upcoming procedural vote on Monday, when a House-Senate conference meets to hash out differences in the bill versions.  Republicans withdrew their commitment to the Levin-Merkley measure.  It is likely that the Levin-Merkley measure will not be considered on Monday’s vote, but rather “reviewed” in weeks to come.

As reported by Brady Dennis of the Washington Post, “Levin said that if Republicans indeed withdrew Brownback’s auto amendment in order to kill the proprietary trading provision, ‘that would be an extraordinary, powerful statement about the power of Wall Street‘.”

The Fight Is On!!!!  It tickles me to see the Obama administration push legislation that tests long-standing norms that have debilitated legitimate and “transparent” decision-making on Capitol Hill.  Watch for growing news and hype surrounding this bill in the coming weeks as the Senate and House versions of the bill are married.  Aside from provisions forcing banks to separate lucrative derivatives into subsidiaries, or bolstering the Federal Reserve’s role in containing trade in Wall Street, there is something greater at work.  The heart of this bill is not just about money but, also, money not getting its way anymore.  Despite the millions poured into D.C. over the years, there is no doubt that financial reform will be passed this spring.

Wall Street lobbyists are relentless in their fight to erase certain provisions in the bill, inevitably empowering them financially over the voices, ideals, and wishes of common Americans (who, if I’m not mistaken, outnumber those on Wall Street).  What remains to be seen is the extent of regulation and oversight implemented by this bill… or will Wall Street buy itself enough breathing room in a new era of heated scrutiny and financial skepticism?  Let us cross our fingers and hope that Senate and House leaders stand firm against lobbyists, maintain tough provisions and, in the end, chalk one up for the rest of us!